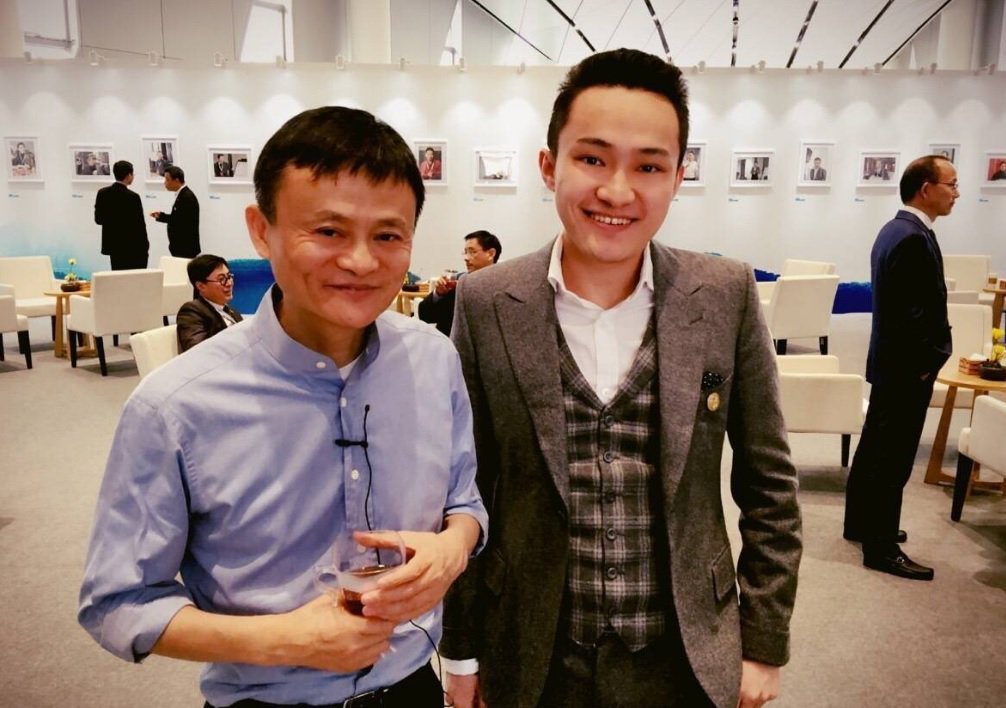 Justin Sun is keen to make Tron a fixture in the coin market cap scale game. If you haven’t noticed, he takes time, often, to announce Tron’s inclusion in the top ten and how long it remains there at any given moment in time.

As we hear it, there is a reason for this ‘pump’ talk that is based in reality and giving Justin Sun even more confidence than usual. An Alibaba announcement is coming, and sooner than many think.

We are mere days away from Mainnet going online and an entirely new set of fundamentals kicking in for $TRX. It is exactly what $TRX bag holders have been clamouring for throughout 2018.

But the bigger news is what has been passed to us by someone on the $TRX team.

Our source took a moment to explain the timing and who, what, where and why of a close to ‘dual announcement’ that is on its way:

“Anybody who is reading the tea leaves connected to Justin and Jack’s (Ma) relationship doesn’t have to build a bridge too far to figure it out. It is the internal timing that is what makes this interesting. As soon as Mainnet goes online we expect Justin to further step into the limelight and go public with the already agreed upon partnership with Alibaba. And let me make that clear…the agreement is already in place, but Alibaba has been waiting on Mainnet to be able to fortify their crypto execution concerns. And that has happened.”

“Another facet of this announcement is that we think that Jack (Ma) is going to put some effort into $TRX being added to some high profile exchange once the announcement is made public. Adding institutional capabilities and acceptance of a currency that Alibaba is tying itself to will ensure deeper price stability. So the word you guys got last week is actually tied to this news as well.”

“A tremendous amount of planning has been done for all of this to make the second half of 2018 a huge jumping off point for the longer term viability of Tron and their place in the market. An Alibaba partnership will lead to hundreds more that are downstream and part of the Alibaba network. For example, Alibaba has a mobile payment system, similar to the Cash app or PayPal. Justin wants all of it to occur this year…and for Tron to no longer pop in and out of the top ten by market cap territory; but firmly in the top five or six. If/when these developments occur and are announced you can bet that is where $TRX goes.”

Every word of that will make Tron fans giddy. Every. Single. Word.

It was a fascinating discussion with someone on the inside and hearing them describe the pace at which Tron, and by extension cryptos, have to move. It is a market cap race, a use case race, a partnerships race – all in an attempt to ensure their long-term viability.

“Anybody with a few brain cells can deduct that when the dust settles there won’t be thousands or even hundreds of cryptocurrencies. There may be 10-15 that exist now, and a few others that are either government contrived or have yet to be launched. This is precisely why Justin is pressing as hard as he is right now.”

Pressing or not pressing, it is a startling thing to consider the largest online retailer in the world is about to go crypto. How quickly ideas morph into action within crypto. Watch this one as it unfolds. If Justin Sun and the Tron team pull it off, kudos to them.

***Friday AM update: We didn’t see this info as worth another post but adding it here nonetheless. We have spoken to a source at Alibaba and the conversation revolved around the idea that “the feeling is mutual” when discussing a partnership between the two firms. The Alibaba source is a mid-level executive. The source questioned the timing of a possible announcement but did not question the viability of the announcement. We would categorize the conversation as passively endorsing the coming Tron/Alibaba partnership.***